Florida man sets police car on fire, claims he does ‘stupid things’ when getting ‘drunk’: police 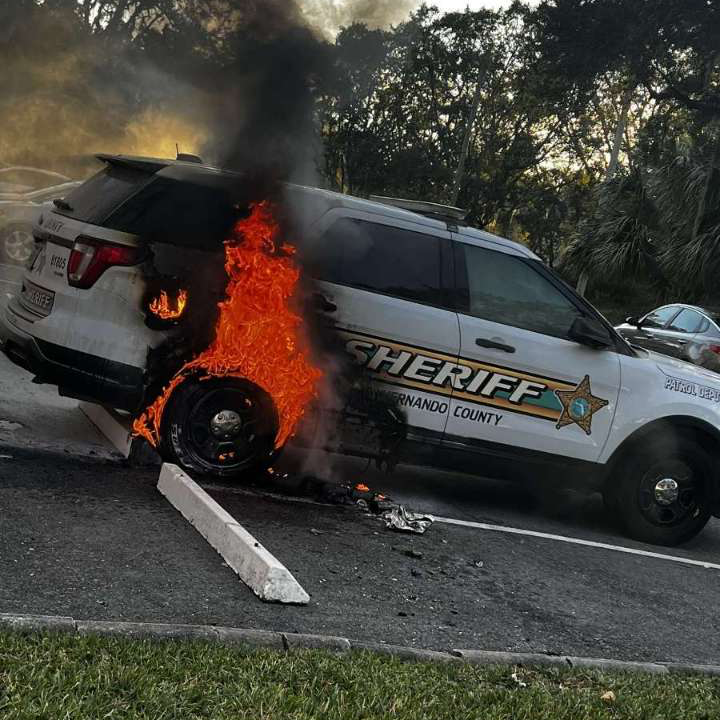 A man in Florida allegedly set a sheriff’s patrol car on fire and told deputies that he was “intoxicated” at the time.

The incident happened just before 5 p.m. on Wednesday, according to the Hernando County Sheriff’s Office, which said that Anthony Thomas Tarduno admitted to setting the patrol car on fire.

Tarduno told detectives that he was drinking at a bar in Spring Gill, Florida and walked out shortly before 4:30 p.m. When he was walking, the man saw a patrol vehicle “and decided he’d like to set it on fire,” the sheriff’s office said.

The man got a bag of garbage from a dumpster, placed it under the patrol car, and lit the trash on fire, officials said.

After allegedly setting the patrol car on fire, the sheriff’s office said that Tarduno went back to the bar, but later returned to the crime scene to confess because he “felt bad.”

Deputies said that when Tarduno explained his actions, he told detectives that he was “intoxicated” at the time and does “stupid things” when he’s drunk.

The sheriff’s office says that the trash was placed directly under the gas tank, which caused severe damage to the car when it was lit on fire.

Officials say that Tarduno was cooperative with deputies and said he was a “professional arsonist” who has been convicted of similar crimes, but said he didn’t target the patrol car and claimed he would have set fire to any car in the location.

Tarduno was initially charged with two counts of arson, and his bond was set at $30,000.