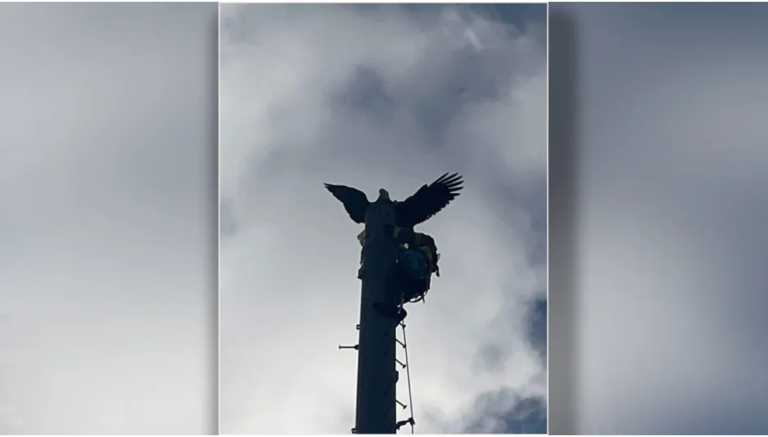 An eagle is now safe after it was impaled by a lightning rod atop a 120-foot radio tower above an elementary school in MacClenny, Florida.

Firefighters from the MacClenny Fire Rescue Department assisted wildlife authorities to ensure the eagle was rescued safely, according to Fox 13.

“Great job, fellas. We are extremely proud of you and what a call. To be up close to America’s symbol of freedom, what a memory!” read a social media post from MFRD.

Upon arriving on the scene, crews ascended to a height of 100-feet.

NH HIKER FALLS TO DEATH OFF MOUNTAIN CLIFF WHILE TAKING PHOTOS WITH HIS WIFE, AUTHORITIES SAY

FLORIDA MAN ACCUSED OF TOSSING KITTENS OUT OF SUV ONTO HIGHWAY, SHERIFF SAYS

An engineer then exited the firetruck’s bucket of a ladder and had to hook into the tower to climb the remaining 20-feet.

Once freed from the rod, the eagle flew down where its safety was ensured by wildlife rescuers.