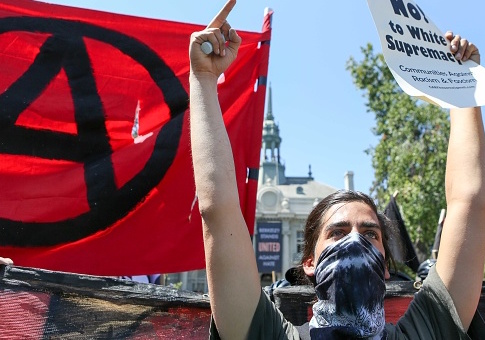 The Department of Education is investigating the University of California, Berkeley, Law School over allegations that the school is fostering “profound and deep-seated anti-Semitic discrimination” that has created an unsafe environment for Jewish and pro-Israel students on campus.

The Education Department earlier this week disclosed its investigation after attorneys raised concerns over a cadre of student groups at Berkeley that banned Zionist speakers from campus. The attorneys said the ban constitutes a violation of the 1964 Civil Rights Act, which prevents recipients of federal funds from discriminating based on race and national origin, according to the original complaint.

Federal authorities will investigate Berkeley to determine if the school “failed to respond appropriately in the fall 2022 semester to notice from Jewish law students, faculty, and staff that they experienced a hostile environment at the law school based on their shared Jewish ancestry when university-recognized student organizations passed a bylaw against inviting speakers who support ‘Zionism, the state of Israel, and the occupation of Palestine,'” according to the Education Department.

The investigation is the culmination of a prolonged battle between Israel’s defenders and anti-Semitic Berkeley student groups that have been trying to intimidate and threaten Jewish and pro-Israel students. Berkeley has become a poster child for the rising tide of anti-Semitism plaguing many college campuses across the nation. Jewish and pro-Israel students are being targeted at historic levels, with one study showing that these types of assaults on Jewish identity doubled in the 2021-2022 academic year. The federal investigation into Berkeley Law School is a sign that the Education Department is aware this trend is dangerous.

Florida-based attorney Gabriel Groisman and the International Legal Forum, a global watchdog that fights anti-Semitism in late November first petitioned the Education Department’s Office on Civil Rights to open an investigation into the prestigious law school.

Groisman and Arsen Ostrovsky, the International Legal Forum’s CEO, said in a joint statement that the discrimination against Jewish students at schools like Berkeley is fueling anti-Semitism across America at a time when prominent celebrities and athletes such as Kanye West and Kyrie Irving are mainstreaming these attitudes. West and Irving have both been under fire for promoting anti-Semitic canards about Jewish wealth and power.

“We initiated this claim because we said ‘enough is enough’ and decided that we must stand up for the Jewish students at U.C. Berkeley, who have been facing an unprecedented wave of discrimination and anti-Semitism on campus,” Ostrovsky and Groisman said. “Anti-Zionism is anti-Semitism. Zionism is an integral component of the Jewish identity.”

A Berkeley Law School spokesman, when contacted by the Washington Free Beacon, confirmed the Education Department investigation and said the school will “fully cooperate” with the probe into violations of Title VI, a portion of the Civil Rights Act that grants protection from discrimination based on race, color, gender, and national origin.

“U.C. Berkeley has been informed by the Department of Education that an investigation has been opened into allegations that the university’s response to a bylaw adopted by Berkeley Law student organizations violated Title VI,” the spokesman said, adding that the school “has in place strong anti-discrimination policies that support our belief in and compliance with what we understand to be the values and obligations enshrined in Title VI and the First Amendment.”

The original complaint centered on nine Berkeley student groups that in August adopted bylaws banning Zionist speakers from the campus.