Fauci acknowledges Americans have mandate 'fatigue': 'People don't like to be told what to do' | Republican Investor

Fauci acknowledges Americans have mandate ‘fatigue’: ‘People don’t like to be told what to do’ 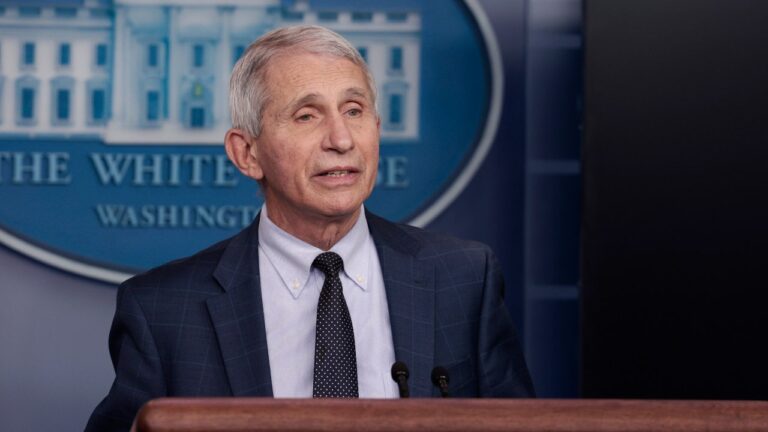 Dr. Anthony Fauci acknowledged Friday that there is a “fatigue” about COVID-19 mandates as respiratory viruses surge across the U.S.

In an interview with Fox 5 New York, the nation’s top infectious-disease expert said that while he believes future decisions about implementing restrictions should be left up to the discretion of local health authorities, he knows that people “don’t like being told what to do.”

“I mean, obviously, you would like people to use good judgment to protect themselves and their family in that community without necessarily having to mandate anything, because, you know, there is a fatigue about being mandated. People don’t like to be told what to do,” he told “Good Day New York.”

“But you really want to very strongly encourage people that when you’re having a rather strong uptick in infections, which is followed by an uptick in hospitalizations, you want to make sure you do something to mitigate against that,” Fauci noted.

The National Institute of Allergy and Infectious Diseases director also told the station that he was concerned about what he called “not a very vigorous uptake” of the omicron-specific booster.

“We’re doing much, much lower from a percentage point that we shouldn’t be doing you know, in some respects, that may be understandable, because people want to be done with COVID,” he said. “We’ve all been exhausted over the last three years. But there still is a lot to do to protect yourself and your family and, ultimately, your community.”

Phoenix authorities are encouraging vaccinations as reports of illnesses in Maricopa County are on the rise, including influenza and the respiratory syncytial virus (RSV).

“At this level of transmission, the CDC recommends wearing a mask indoors in public, which includes during travel and in other public settings. RSV cases are more than two times higher than during the average peak,” the Maricopa County Department of Public Health said in a news release.

The Centers for Disease Control and Prevention said last week that the U.S. is seeing elevated levels of the viruses – especially for RSV and flu.

“Levels of flu-like illness, which includes people going to the doctor with a fever and a cough or sore throat are at either high or very high levels in 47 jurisdictions, and that is up from 36 jurisdictions just last week. CDC estimates that since Oct. 1, there have already been at least 8.7 million illnesses, 78,000 hospitalizations and 4,500 deaths from flu,” Director Dr. Rochelle Walensky said in a Monday telebriefing. “Flu hospital admissions reported through HHS’s hospital surveillance system, which were already high for this time of year, have nearly doubled during the last reporting period. Compared to the week prior, hospitalizations for flu continue to be the highest we have seen at this time of year in a decade, demonstrating the significantly earlier flu season we are experiencing.”

She encouraged people to get vaccinated for COVID-19 and influenza and to take preventative actions, like wearing a high-quality, well-fitting mask to prevent the spread of illness.