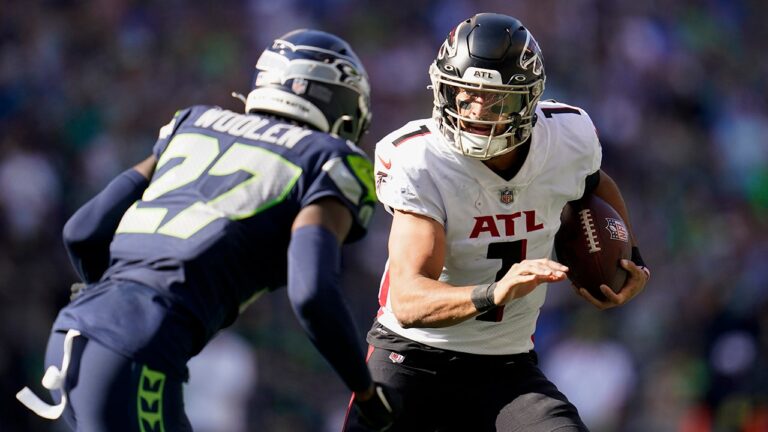 The veteran quarterback recently learned he would be sitting on the bench and rookie third-round pick Desmond Ridder would be taking over as the starter.

Shortly after he was informed he was relieved of his starting duties, Mariota strangely decided to step away from the team.

The knee surgery means Mariota will not be available for the Falcons’ four remaining games of the regular season. The team opted to sign quarterback Logan Woodside this week to serve as a backup.

The Falcons will not know how long Mariota’s recovery will take until after he has the surgery, according to The Atlanta Journal-Constitution.

Mariota was away from the team’s facility Dec. 5 because his wife had gone into labor with their first child, a day after the team’s Week 13 loss to the Steelers.

Smith claimed Mariota has been dealing with some sort of “chronic knee” injury, but the quarterback has never been listed on the team’s injury report this season. The coach declined to shed any light on when the team learned of Mariota’s injury.

Smith did say the knee injury was not a factor in the decision to move Ridder to the starting role over Mariota.

“Things come up. Those are the things that happen in pro football,” Smith said. “A guy has an issue, goes to see a doctor. That’s what happens.”

Smith also was not interested in talking about whether Mariota’s presence on the sidelines down the stretch would have benefited the rest of the team.

Ridder said Mariota told him he was leaving to take care of his knee issue.

“He was in here one of the days we were in here,” Ridder said. “He just told me best of luck, that he’s going to be there for me if I needed anything and never be afraid to reach out.”

The former Oregon standout is in the first season of a two-year, $18.75 million contract with Atlanta. He’s completed 184 of 300 passes for 2,219 yards, 15 touchdowns and 9 interceptions this year.

Atlanta has lost four of its last five games with Mariota under center.