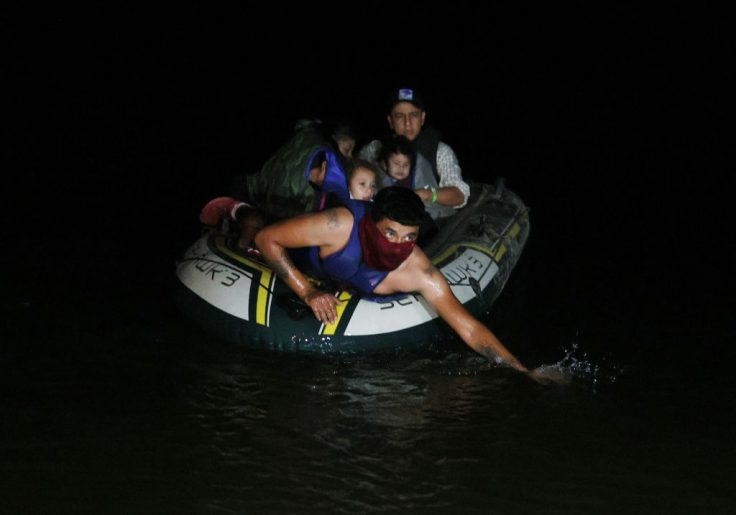 After defending posts on human rights grounds, Facebook says solicitations of human smuggling will be removed

Facebook is reversing the controversial policy put in place early this year, first reported by the Washington Free Beacon, that allowed for users to solicit human traffickers to smuggle them across the border.

The social media giant, which also owns Instagram and WhatsApp, announced Thursday in a policy memo that, going forward, users are forbidden from posting any content that “offers to provide or facilitate human smuggling” or “asks for human smuggling services.” The platform previously held that these types of posts were needed to protect human rights.

The Free Beacon revealed Facebook’s previous policy, which permitted users to solicit human smugglers, in February. At the time, Facebook balked at the suggestion that the policy could lead to abuse of migrants and pushed back on the conflation of human smuggling and human trafficking. Spokesman Drew Pusateri, a former Democratic staffer who is no longer with the company, told the Free Beacon that it was “deeply odd” to suggest that human smuggling leads to human trafficking, as “there are literally differing legal definitions for both things.”

Facebook has changed its tune—its Thursday memo says that human smuggling and trafficking “can be related and exhibit overlap” and that both are “human exploitation.”

“The United Nations defines human smuggling as the procurement or facilitation of illegal entry into a state across international borders,” the memo states. “Without necessity for coercion or force, it may still result in the exploitation of vulnerable individuals who are trying to leave their country of origin, often in pursuit of a better life.”

Facebook faced pressure from left-wing activist groups who said allowing the solicitation of human smuggling on social media platforms was necessary to protect human rights. Although Facebook did not cite any specific organizations, the company said that “NGOs working with migrants” contributed to the decision.

“We don’t allow human exploitation on our platforms, including human smuggling or trafficking, and we remove such content when we find it,” Moran said. “We especially want to support those escaping conflict and oppression with information on how to seek asylum or legal migration while also protecting them from harm. We are constantly seeking community and expert feedback to improve our policies so we can promote safety and serve as a resource for the people who need it most.”

Facebook’s rationale for the change echoes the concerns made nearly a year ago by Republican lawmakers such as Sen. Josh Hawley (Mo.). Hawley alleged at the time that Facebook may be in violation of “federal anti-trafficking laws,” citing the company’s decision to provide resources to users who solicit traffickers on its platforms. Human smuggling services—clandestine services that bring an individual into another country for money—are often indistinguishable from human traffickers, who buy and sell individuals for forced labor or sex.

The focus on the policy came after the Tech Transparency Project in April 2021 identified a surge in Facebook groups devoted to human smuggling. Illegal crossings at the southern border have reached all-time highs since President Joe Biden entered office.

“Although your company has developed—and long enjoyed the benefits of—incredibly complex algorithms and other technology to keep users addicted, you claim to be unable to curb these illegal immigration schemes,” the letter stated. “You have the ability to address this problem, and it is critical that you take immediate steps to stop facilitating illegal immigration on your platform.”