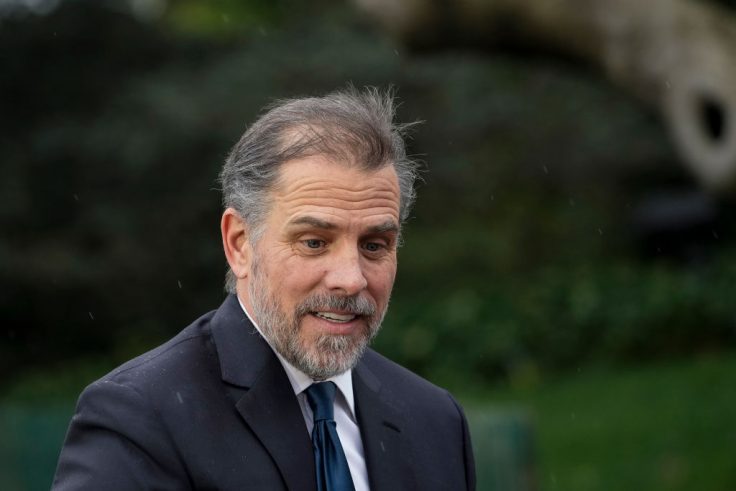 From Rembrandt’s ‘Pieter Haaring’ to Picasso’s ‘Nature Morte,’ not all masterworks can match Hunter’s price point

President Joe Biden’s son Hunter, who is under federal investigation for tax crimes and false sworn statements, last week unveiled his latest art exhibition at a tony gallery in Manhattan’s SoHo neighborhood. The show, titled “Haiku,” is inspired by the former crack addict’s love of Japanese poetry and features pieces that are “meditative and contemplative,” according to gallerist Georges Bergès.

“Hunter Biden now devotes his energies to the creative arts, bringing innumerable experiences to bear,” the gallery said in an announcement for the exhibition.

The “self-taught” artist is experiencing rare success in the art world, selling pieces for tens of thousands of dollars. One untitled work, featuring a yellow background and colorful flowers, is listed for $225,000.

Biden has listed paintings for up to $500,000. Last year he sold five prints for $75,000 each to undisclosed buyers, raising accusations that the president’s son is selling influence at the White House. While the Biden administration has denied the claim, the White House has “put measures in place to shield information about how much Biden’s work is selling for, and to whom,” according to the Daily Beast.

To put Hunter’s artistic success in perspective, here are eight pieces from famed artists that sold for less than Hunter’s biggest ticket item.

Although among the most acclaimed artists of all time, Picasso cannot command Hunter-level prices for all his pieces. His 1960 Nature Morte, from the final years of his career, sold in 2014 for $118,000.

Picasso’s ceramic works, meanwhile, can sell for less than $100,000, including this 1954 pitcher that sold in September for $34,000. He designed more than 600 ceramic pieces in his life, meaning you can collect several for the price of a Hunter Biden painting.

While the painter’s Starry Night is estimated to be worth more than $100 million, the Dutch post-impressionist has some options in the Hunter Biden price range. This sketch, which van Gogh completed in 1882 during his time in The Hague, is valued at around $150,000.

This 1655 etching by the famed Dutch painter sold in 2019 for just $81,250. The old master’s Pendant Portraits of Maerten Soolmans and Oopjen Coppit is one of the most expensive works of art in history, selling in 2016 for $180 million.

Even though the pop art pioneer’s 1964 Shot Marilyns sold earlier this year for $195 million, Warhol has some works that sell for less than $100,000. This drawing of three fairies is valued at around $20,000.

While some of the street artist’s pieces command prices in the tens of millions, this one sold in 2015 for just under $50,000. You can get a Banksy original for just $13 on the artist’s online store if you write a compelling answer to the question “Why does art matter?”

The pop icon who became the youngest recording artist to join the Hollywood Walk of Fame sold her floral watercolor piece for $10,000 in a 2017 charity auction.

Paintings by the former president are available at an affordable price—in the form of an ornament. Bush’s cardinal prints sold in 2013 for $29.98. They are now available on eBay for around $11.