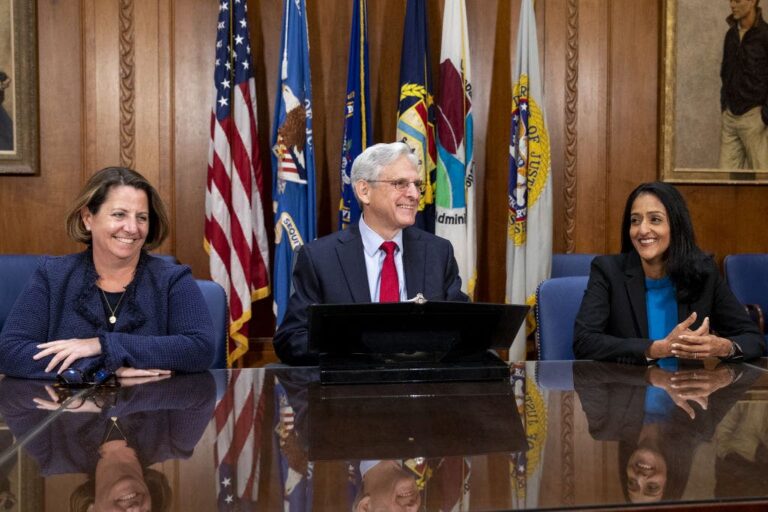 The Department of Justice (DOJ) indicted five Russian nationals and two Americans with conspiracy and other charges in what appears to be a move aimed at potentially stockpiling some bargaining chips for future swap deals with Moscow.

“It’s good to see that the Biden administration started to go more aggressively after the Russian criminals who violate the law and ultimately undermine U.S. security because, so far, they only have made bad deals with the Russians,” Rebekah Koffler, president of Doctrine & Strategy Consulting and a former Defense Intelligence Agency officer, told Fox News Digital.

“The problem is, with regard to the recent indictment of five Russians and two U.S. nationals of Russian origin, the FBI and DOJ pulled the trigger way too soon, suggesting that there might be other motivations driving this.”

The DOJ has not yet apprehended all the individuals named in the indictment, instead saying that authorities only have three of the defendants in custody.

The seven individuals face charges of conspiracy to defraud the United States regarding enforcement of export controls and economic sanctions, conspiracy to violate the Export Control Reform Act, smuggling and failure to comply with regulations regarding the transportation of electronics.

More specifically, the main suspects stand accused of money laundering on behalf of the Russian government and conspiring to obtain military-grade and dual-use tech for use in Russia’s defense sector, as well as smuggling sniper rifle ammunition.

Deputy Attorney General Lisa Monaco said her department has proven “once again that we will relentlessly pursue those who support the Russian war machine by evading sanctions and export controls.”

But the timing of the indictment – ahead of fully apprehending all individuals charged – may indicate other motivations than just racking up a win for the DOJ, according to Koffler.

WAS AMERICAN TEACHER LEFT BEHIND IN RUSSIAN PRISON CAMP BECAUSE HE WASN’T WOKE ENOUGH FOR TEAM BIDEN?

“Perhaps, the White House is feeling pressure to extract Paul Whelan – the Marine who was de-prioritized by U.S. government, although he was supposed to be exchanged ahead of Griner – and they are looking for prisoner swap options,” Koffler argued.

“The recent Griner-Bout prisoner swap was entirely lopsided, favoring Russia,” Koffler continued. “Biden gifted Putin a dangerous criminal who conspired to kill Americans in exchange for a celebrity athlete, and last year the Biden administration gave up the high-profile, highly-skilled cyber criminal Viktor Burkov, who defrauded American consumers and businesses for the sum of $20 million.”

The FBI argued that going after these men allowed the U.S. to cut off the movement of dangerous technology – including quantum computing and hypersonic weapons – that could aid Russia and other rogue nations in their military operations.

Koffler instead explained that the premature indictment will only give those four remaining defendants the time to bury their heads and evade custody, and that “we will never get them.”

“Instead of running an offensive counterintelligence operation against this criminal network, flipping some of these characters and having them work for us as double agents or sabotaging the supply chain through which the Russians illegally obtain military-grade technology they lack, we simply did the usual – shame the Russians by terminating US/FBI operation and publicizing it,” she said.

The National Security Council deferred all questions to the DOJ, who did not respond to a Fox News Digital request for comment by time of publication.

Peter Aitken is a Fox News Digital reporter with a focus on national and global news.