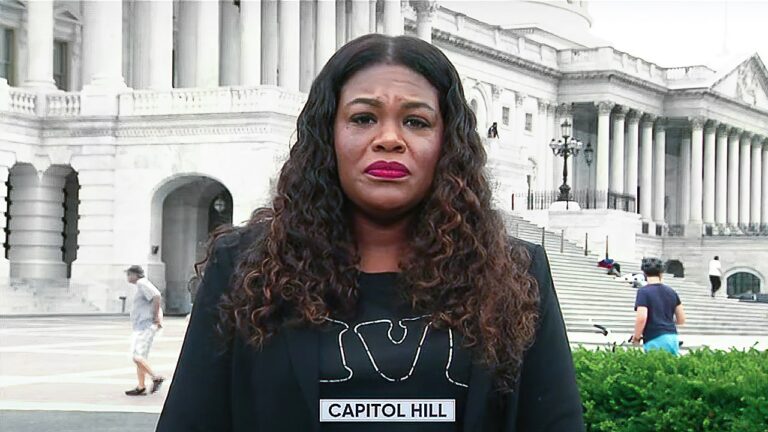 Rep. Cori Bush, one of the most outspoken federal politicians for defunding police, has now topped more than $500,000 in private security detail expenses, filings show.

The Missouri lawmaker’s campaign spent $38,528.63 on “security services” between Oct. 20 and Nov. 28, according to its post-general report. The payments primarily flowed to the St. Louis-based Peace Security, which employs several “security operators” with military or law enforcement experience, despite her opposition to them, its website shows.

The new private security payments follow the $490,000 Bush’s campaign had already spent on it for the 2022 election cycle. The campaign has now surpassed the half-million dollar mark for such services, a luxury most Americans can’t afford.

And as Bush’s campaign continues to dish large amounts into the security detail, she has remained one of the most vocal federal politicians pushing to defund police, which she has dug into several times.

“I always tell [fellow Democrats], ‘If you all had fixed this before I got here, I wouldn’t have to say these things,'” the “Squad” member told Axios in February.

Bush said the “defund the police” slogan isn’t the problem and blamed Democrats for not delivering on the promise.

Fox News Digital first reported on Bush’s security payments in July 2021, which prompted questions from CBS News about the cash and whether it was hypocritical to hire security while pushing to strip law enforcement of their budgets.

Bush said she would ensure she has security because she has had attempts on her life and has “too much work to do.”

“So suck it up, and defunding the police has to happen,” she added.

The discovery led to the termination of Jackson and Thompson, who had failed to get approval for the side gig, St. Louis Sheriff Vernon Betts said at the time.

And while Bush says the security is due to threats against her, other “Squad” members — like many other politicians — also receive threats but steer far less campaign cash into the services.

Bush’s campaign did not immediately respond to Fox News Digital’s request for comment.

Joe Schoffstall is a politics producer/reporter for Fox News Digital. Story tips can be sent to Joe.Schoffstall@Fox.com and on Twitter: @joeschoffstall