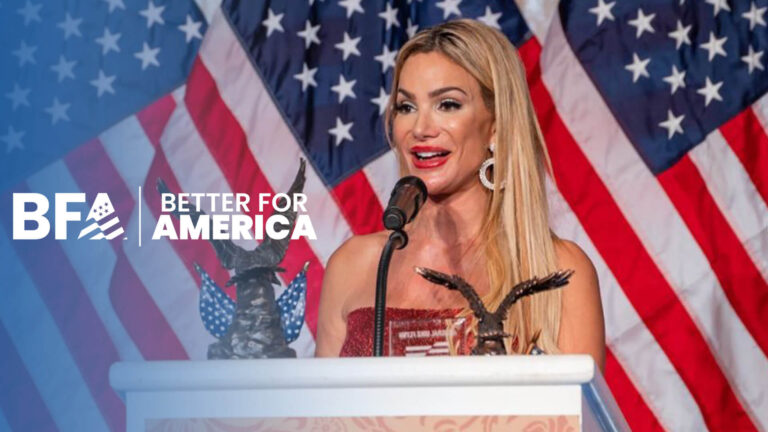 WASHINGTON, DC, Dec 16 — Martha Boneta, a nationally recognized commentator on politics and current affairs, is also one of “America’s Most Amazing Women,” as Country Woman Magazine described. She is in high demand by the talk show circuit and she had recently sat down with Rebecca Weber, CEO of the Association of Mature American Citizens, for an interview on AMAC’s Better For America podcast. Weber describes Boneta, who is the co-chair of the American Freedom Tour, as a “stark defender of America first policies.”

Weber asked Boneta to comment on the Twitter Files expose’ that revealed how social media has used its vast network to interfere with the 2020 Presidential Election. Boneta explained that it wasn’t just Twitter that conspired to silence conservatives in that election cycle; other such platforms — including Facebook — were also behind the scheme. “This was a concentrated effort to change the course of history in our elections. And we believe that this is just the beginning. I believe that all eyes are going to be on what happened during the election to suppress the vote and suppress conservative voices. Silencing conservatives is something that every American should be concerned about because this has been going on for far too long.” she said.

Weber noted how it seems that leftist politicos continue to denigrate the former president. Boneta said that there is, indeed, “an attempt to stop President Trump from running for reelection because the bad guys know that when President Trump runs, he has the voice of every American and of the entire globe. And they want to stop him … [and it] is just another attempt to stop the American people from choosing President Trump to serve we the people. We all know that there were shenanigans and outright voter fraud and suppression in the last election. And we’re not going to let that happen again.”

Switching topics to the Trump Presidency, Weber noted that during the Trump administration America had a moment of energy independence. She asked Boneta, “What happened?” President Biden happened, she said. “What this president has done is destroy that energy independence, to make our country dependent on places in the world that hate America and want to destroy the American dream. It is part of an effort, I believe, to take away America as being the greatest hope for the world. And we need everybody to remember this at the polls and to remember that your vote has consequences. And not voting for Republicans, not voting for an America first platform that puts the American people first, that puts American energy first, has consequences. And that’s exactly what we’re seeing now. It’s heartbreaking. It’s devastating. And I fear that it’s going to get worse.”

Boneta shared her hopes for the next presidential election, praying that “every American at the polls, will remember this very issue of energy independence. It impacts every aspect of our lives, everything from transportation, heating our homes. It impacts everything we do. And that’s why it is so important. Elections have consequences. We must remember this at the polls.”

At the outset of the BFA interview, Boneta put in a plug for the American Freedom Tour, which is “designed to equip conservatives across the country to ‘Win Back America’ … it brings America’s greatest leaders to cities all across our country, including the greatest president of my lifetime, President Donald John Trump. And in doing so, we inspire and give hope to millions of Americans that feel as though, and rightfully so, that all the incredible accomplishments under the Trump administration have been destroyed under the current administration. And we are engaged in activating communities across the country to give hope to Americans to get out and vote and remind this administration that they serve we the people. And in doing so, we give Americans the tools that they need to go out into their communities and to really fight for freedom and the American dream.”