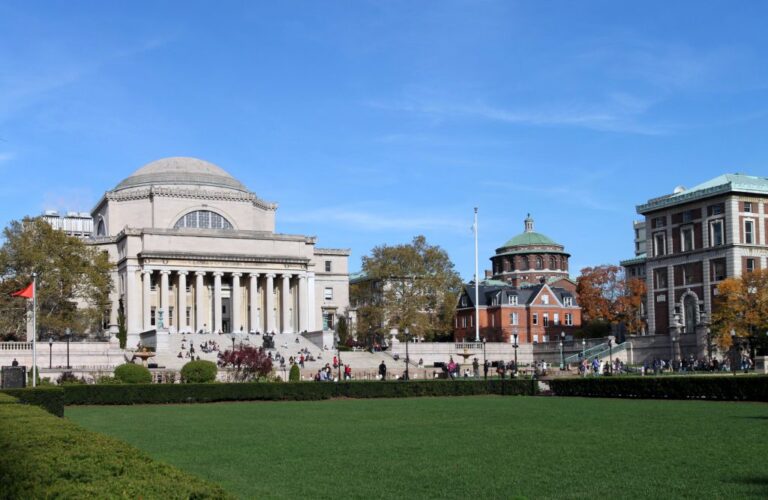 They will, instead, be referring to the last five years, in which colleges have begun separating students by race out of concern that it might damage the “mental health” of non-white students if they are forced to interact with white students.

What was once discarded as an embarrassing remnant of the Jim Crow era has now become de rigueur on college campuses, returning in the form of “affinity groups,” racially separate housing arrangements, and segregated theatrical performances.

Late last year, for instance, Harvard hosted an adaptation of Macbeth that the school designated as “an exclusive space for Black-identifying audience members.” (The performance “examines what it means to be an ambitious Black woman through the lens of one of Shakespeare’s most iconic characters,” according to the announcement.)

The desire for segregation on campus has spread far beyond mere meetings and performances. According to a study of 173 public and private colleges and universities conducted by the National Association of Scholars, 43 percent had programs to segregate student housing by race or sexual orientation, and 46 percent of schools had racially segregated orientation programs. Often, unaware of the inherent irony, schools conduct racially exclusive anti-racism training.

The pro-segregation rush has grown to encompass physical structures as well, with schools building student unions and dorms so students of color will not have to suffer the apparent trauma that might be brought on by seeing a white person. A 2020 viral video featured a black University of Virginia student giving a “public service announcement” in which she declared there were “just too many white people in here, and this is a space for people of color.” In 2019, Syracuse students submitted a list of demands to the school’s administration that included the right to exclude potential dorm roommate assignments based on the individual’s race. At Washington University in St. Louis, the president of the student union urged the school to seize the campus fraternity houses, evict the “disproportionately wealthy and white” residents, and transfer their buildings to “historically marginalized” groups.

This is all taking place in a culture in which the adult progressives openly champion policies damaging to the academic prospects of African Americans and other minorities. In 2021, Oregon governor Kate Brown eliminated a test offered by the state’s high schools that measured whether students had mastered the “essential skills” they had been taught. Too many students of color were not getting passing grades, so rather than seeking new ways to teach these kids, Brown simply eliminated the test until 2024.

The idea that black students are incapable of learning essential skills is straight out of the segregationist playbook, which posited the inferiority and helplessness of minorities. And it is this ideology that has found fertile ground on college campuses, which remain one of the few places in America where such errant nonsense can gain purchase. It is our elite universities, after all, that are currently standing before the U.S. Supreme Court and arguing that an admissions policy designed to limit the number of Asian Americans in their student bodies is not inherently racist.

The students seeking racial “safe spaces” argue that their culture and traditions are threatened by the presence of non-minorities, but this assumes that non-white students share a “culture.” Undoubtedly, the experience of a black student who immigrated from Kenya is very different from that of a Latino student who spent her formative years in a swanky private school.

Nonetheless, the idea that students of a certain race need racial separation to protect their “culture” is a very familiar one. Take this passage, for instance:

That, of course, was George Wallace, from his “segregation now” speech.

The newfound thirst for segregation on college campuses comes at the same time that schools around the nation are stuffing their administrative payrolls with “diversity counselors.” According to a Heritage Foundation study released last year that looked at 65 large schools, the average university employed 45 diversity, equity, and inclusion staffers.

And yet this new influx of DEI counselors has coincided with less minority-student satisfaction on campus. Surveys at a number of schools demonstrate that non-white students are now more disaffected than ever. It seems that DEI staffers are having the opposite of their intended effect; they are convincing students they are much worse off than white students.

For instance, at the University of Michigan, which employs 163 diversity staffers, students of color are 10 percent less likely than white students to be satisfied or very satisfied with the climate on campus.

This may be what is driving students and schools to take extreme measures to “protect” minority students on campus. Their own administrators are telling them they are hopelessly oppressed.

But for many of the kids who go to college, life on campus might be the first chance they get to encounter someone of a different race, religion, or sexuality. Outside of what students learn in the classroom, the most important aspect of getting a college education is learning to live independently with people from different backgrounds and with different ways of thinking. Most schools have already condemned their students to life inside an ideological bubble; many of them want to send their students to a racial and ethnic bubble, as well.

But as Tressie McMillan Cottom, an assistant professor of sociology at Virginia Commonwealth University, told the Atlantic, attending college and becoming an adult is a frequently uncomfortable process. “College is about being safely uncomfortable,” she said. McMillan Cottom, however, supported the idea of having clubs, housing, and spaces on campus so that black students might escape having conversations with white students about race.

Campus progressives are once again falling victim to the political horseshoe theory, where they go so far to the left that they end up in the same place ideologically as the worst people on the right. Both the students and the grown-ups should ask themselves: If my policy of keeping the races separate would appeal to David Duke, should I maybe reconsider?

Reprinted with Permission from – The National Review by – Christian Schneider