Burlington, Vermont, reeling from highest number of homicides in decades after defunding police 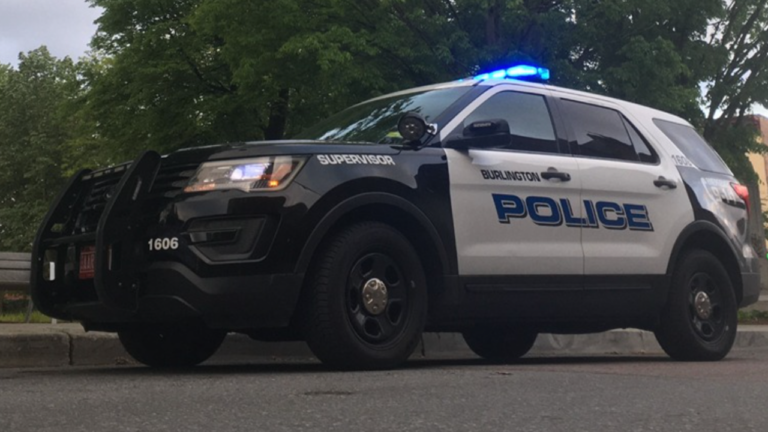 Homicides are skyrocketing in Vermont this year to levels not seen in decades in a state that is often considered one of America’s safest places. For the state’s largest city, Burlington, the bloody increases come after its police department was defunded and then ultimately refunded after concerns from the community.

“We are not used to this level of violence in Vermont,” Burlington Mayor Miro Weinberger said at a press conference earlier this year after a double murder.

Burlington has recorded five homicides so far this year. It is the highest number of killings in at least 62 years. Police are investigating the fifth homicide of 2022 in the city after a 23-year-old man was stabbed to death last week.

“Our reliable computer data goes back to 2012, and our general data goes back to 1960. In all that time, 62 years, five murders is the most we’ve ever recorded in a single calendar year,” acting Burlington Police Chief Jon Murad told Fox News Digital on Monday, noting that he can’t confirm there was never an equal or larger total of murders before 1960.

Burlington is a liberal-leaning city that rallied to defund the police in 2020 following the killing of George Floyd in Minneapolis that year.

“Enough performing,” one person who joined a city council meeting in July 2020 said as debate on whether to defund hit a fever pitch. “Defund the Burlington Police Department.”

The council ultimately passed a resolution directing the department to slash the number of officers through attrition from 105 to 74.

The resolution also ended the school resource officer program and called for the money from that program to be directed to racial justice initiatives, NBC News reported last year. Additionally, it called for the creation of a committee that would review “how to build a healthy and safe community and what institutions we need to reach that goal.”

Burlington has long been known as a progressive city and was home to where Sen. Bernie Sanders started his political career as the city’s mayor in the 1980s. Fox News Digital reached out to Sanders for comment on the rising crime in Burlington.

Its police force had also long prioritized community policing, implemented body cameras for officers and cut itself off from a federal program that gives military equipment to police departments.

“Reducing the number of rank and file officers on the street without first reducing the demand for police services will needlessly risk the lives of the most vulnerable in our community and of the police officers whose job it is to protect them,” the Burlington Police Officers Association warned after the vote.

What followed was police officers leaving the force, similar to police departments across the country since 2020 reporting cops leaving the force in droves in response to anti-police sentiment and budget cuts.

​​”The exit interviews have been pretty clear that it was about a lack of support in a political sense,” Murad said last year of officers leaving. “And a sense of saying, ‘This is not how I want to serve anymore. I don’t feel valued.’”

In 2021, the city backpedaled on defunding — one city councilor who proposed the resolution to defund the police acquiesced, unhappy with the consequences of the decision.

“We’re in a situation that I think nobody wanted us to get to,” city council member Zoraya Hightower told NBC News last year.

The city council voted to allocate additional funds to the police department last year, allowing for the department to hire up to 87 officers compared to the maximum of 74 officers allowed under the 2020 resolution. Murad said at the time that it will take years to rebuild the department.

As of Monday, the department is operating with 62 officers.

“In June 2020, our staffing was authorized at 105. But after the murder of George Floyd, and in the midst of a national movement around policing, our city council voted to reduce headcount through attrition to 74 — an arbitrary 30% reduction. Although there were no layoffs, officers felt unsupported and staffing quickly plummeted. Last autumn, as headcount continued to fall and crime increased, the council raised the cap to 87. But that did not stop the departures. Our current staffing is 62, 54 of whom are ‘effective,'” Murad told Fox News Digital on Monday. Effective staff members on the force are ones who can be immediately deployed, according to Murad.

The five homicides in the city this year are far more than the average of one homicide per year between 2012 and 2021. The city recorded one homicide in 2020 and no homicides last year.

Though there were no homicides in the city last year, residents in the area reported seeing more drug use and fights.

“The unintended consequence is that in defunding the police we’ve left some of the very people that I think they would be wanting to champion in an extremely vulnerable position,” Tammy Boudah, a mental health provider in the Burlington area, said last year.

This year, shootings are also up in the city. Burlington has reported 25 gunfire incidents as of Nov. 15, compared to 13 last year and 11 in 2020. Before the pandemic and defunding the police, the city recorded one shooting in 2017.

Murad said that in July he and Weinberger presented a “rebuilding plan” for the city’s budget.

“The council gave the BPD a very strong budget, with funds to rebuild, and the following month the council approved a new police contract — the best in Vermont — to help us attract great cops.”

“In the meantime, I also enlarged an existing non-sworn role, the community service officer (CSO). We went from having two to being authorized for 12,” Murad continued. “These unarmed employees handle non-emergency quality-of-life issues like noise complaints and non-injury vehicle crashes.”

Murad said he also created a role called “the Community Support Liaison,” which are “in-house social workers who address mental health, homelessness and substance use,” as well as “Crisis Advocacy Intervention Programs.”

Burlington isn’t the only city to experience an uptick in homicides. Vermont’s homicides rate across the board is the highest it’s been in three decades, according to local media.

The state recorded its 20th homicide last month, nearly outpacing the state’s 1992 record for most homicides at 21 deaths.

Vermont has historically been considered an extremely safe state compared to others. It has repeatedly been ranked the safest state in the U.S. by WalletHub in recent years, outranking New England neighbors such as Maine and New Hampshire, as well as states like Utah.

Protests and riots spread across the country in 2020 that called for police departments to be defunded following Floyd’s death. Even some big-name stores and brands pledged support for the defund movement and to Black Lives Matter. One of the most vocal companies was Vermont ice cream maker, Ben & Jerry’s, which opened its first shop in Burlington in 1978.

Ben & Jerry’s noted in a press release in 2020 that it supported the BLM movement years before Floyd’s death and declared, “Today, we want to be even more clear about the urgent need to take concrete steps to dismantle white supremacy in all its forms.”

A message on the company’s website encourages people to sign a petition to defund police departments, and the brand unveiled a new ice cream flavor last year that helped fund an anti-police bill championed by Missouri Democratic Rep. Cori Bush.

The ice cream maker denied a request for comment when asked about Burlington’s homicide figures in light of its support to defund police departments.

Violent crimes spiked across the country in 2020, with murders increasing by nearly 30% compared to the year prior, according to FBI data. It marked the largest single-year increase in killings since the agency began tracking the crimes.

Experts who have previously spoken to Fox News Digital pointed to an array of variables that have likely contributed to the increases, including: anti-police rhetoric voiced by BLM and defund the police proponents, the pandemic, a culture of lawlessness promoted by liberal district attorneys, and the “Ferguson effect” — when police pull back when violent crimes spike.

Police departments across the country that were defunded or saw a mass exodus of officers amid the anti-police rhetoric have been sounding the alarm that staffing needs to increase in order to protect citizens and curb crime.

“I talk to law enforcement leaders on a daily basis. And in today’s world, their No. 1 problem is staffing,” retired Forth Worth Police Chief Jeff Halstead told Fox News earlier this year. “And what you hear is the same drum being beaten: how are we going to get ourselves through this and what steps are we going to take to get our staffing back?”

The Burlington mayor’s office did not immediately respond to Fox News Digital’s requests for comment.