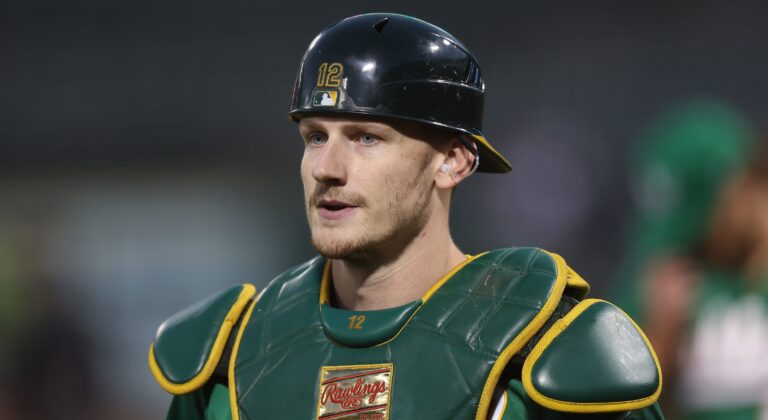 The Atlanta Braves have landed All-Star catcher Sean Murphy in a three-team trade involving the Oakland Athletics and Milwaukee Brewers.

Many pieces moved in this trade, which ESPN first reported. Here’s who landed where:

Murphy is the centerpiece here, as Atlanta strikes another deal with Oakland to reload their already-potent lineup. Last offseason, it was first baseman Matt Olson going to the Braves, as they moved on from Freddie Freeman who has done well since signing with the Los Angeles Dodgers.

Now they upgrade the catcher position with one of the best in the game. Defensively, he has 13 defensive runs saved behind the plate, which is a top 10 mark in MLB since 2020. He’s also an exceptional framer, with FanGraphs giving him a 19.5 rating with their metric, a top three mark.

Murphy is also considered the last major piece to be moved in this massive rebuild by Billy Beane and the A’s, who also traded away pitchers Chris Bassitt (New York Mets), Frankie Montas (New York Yankees), Sean Manaea (San Diego Padres) and third baseman Matt Chapman (Toronto Blue Jays). Their hard rebuild has had mixed reviews, but they have stuck to their process by loading up on prospects and hoping for a youth resurgence in the coming years.

Filling Murphy’s spot, for instance, will likely be Shea Langeliers, who was sent over in the Olson trade. He made his big-league debut last season, hitting .218/.261/.430 with six homers and 22 RBI in 40 games.

There are also pitchers Ken Waldichuk and Luis Medina, who were acquired in the Montas deal at the 2022 MLB trade deadline from the Yankees, that could make an impact this season.

While Oakland rebuilds, the Braves play in a very tough NL East that has seen some blockbuster moves, like Justin Verlander heading to the Mets among other massive deals from owner Steve Cohen as well as the Philadelphia Phillies signing superstar Trea Turner in hopes of revisiting the World Series this year.

Atlanta has a solid lineup with Austin Riley, Ronald Acuña Jr., Ozzie Albies, and NL Rookie of the Year Michael Harris II to go along with Olson and Murphy.

For the Brewers, Contreras is a solid addition to their backstop, as the 24-year-old was an All-Star in 2022. The brother of new St. Louis Cardinals catcher Willson Contreras, William broke out with a .278/.354/.506 slash line with 20 homers and 45 RBI in 97 games for Atlanta last season.

Now that he isn’t sharing time with d’Arnaud, William Contreras should have more starts under his belt to show more of what he could do in the lineup.

Scott Thompson is a sports writer for Fox News Digital.