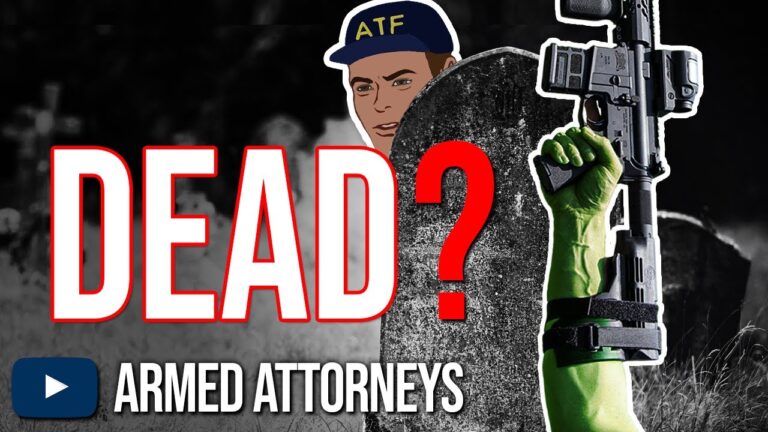 The ATF has been said to have sent the final rule on Pistol Stabilizing Braces to the White House for approval and we could see publication as early as later this week with likely a 60 day period before implementation.

The biggest question is, does the rule die again? We’ve seen this can kicked multiple times now, and the ATF are ‘doing their best’ to comply with the administrations obvious desire to put pistols onto the NFA while the rules clearly stating otherwise, because definitions are real things. The NFA is already absurd enough as it stands without dragging and blurring the lines still further over “pistols” with scores above or below a certain threshold to make the NFA items.

The evidence suggests the NFA should be amended to remove SBRs, not at a new category of not quite an SBR but our bureaucratic nonsense put us in this mess so were going to nonsense even harder to get ourselves… well… further into the mess.

This video from Armed Attorneys is a little old compared to the current information but the speculation remains, does this rule make itself a target or does it die again and get ‘redrafted due to inputs, suggested revisions, etc.’ so that the administration can claim they’re working diligently while in reality they are spinning their wheels.

I’d put decent odds on this going away. Not better than average odds, I’d still put those on this getting into print and starting off a lawsuit chain, but decent that it gets stuck in a cycle of revisions, updates, committees, approvals, and so forth all stating they’re totally working on it and making progress.