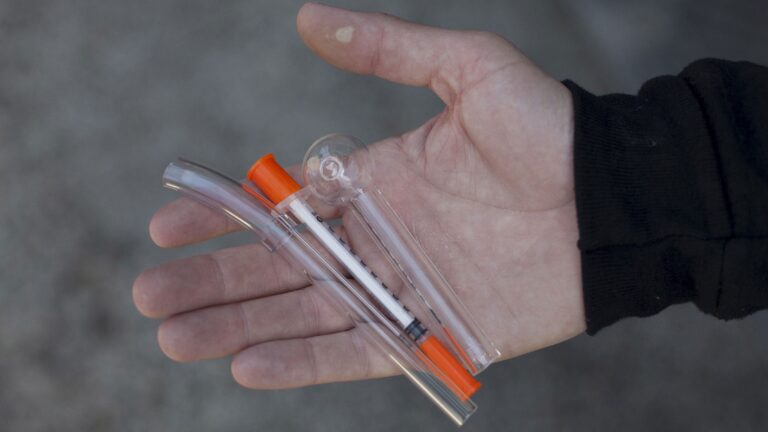 BOSTON – While the city of Boston has long run a needle exchange initiative, new “harm reduction” strategies now include the distribution of free pipes that can be used to smoke crack or methamphetamine.

Health officials say the aim is to transition intravenous drug users away from needles, but some local business owners are frustrated by another giveaway they believe draws more drug users to an area already overrun.

“Why are we giving them pipes? Are you kidding me… it’s like giving them needles,” laments Gerry DiPierro, whose construction company sits right next to Boston’s derisively nicknamed “methadone mile” – a sprawling homeless encampment where addicts openly use drugs.

“I can give you a hundred needles I pick up all the time, what’s it doing? It just makes it the central zone to come get everything.”

NANTUCKET APPROVES TOPLESS BEACH AMENDMENT TO BY-LAW: ‘TO PROMOTE EQUALITY FOR ALL PERSONS

“Every step that we take has to also be about immediately saving lives,” argues Wu. “We have seen a big drop and data proven success with the parts of this program, the goals of this program, which are to ensure there is a stop to communicable diseases that are preventable.”

Not all city politicians are on board. Democrat City Councilor Michael Flaherty says he is incredulous that passing out crack pipes is the answer to what he calls a humanitarian crisis.

“The people who are struggling, they need treatment and recovery, and they need mental health services. We should not be enabling those poor souls who are down there,” said Flaherty.

Vandals and vagrants often target DiPierro’s trucks and building, smashing windows, costing him thousands. He says he is frustrated with a broken system and strategies that continue to fail.

“Why would they go across town to get help when they can just get everything, they need right here… doesn’t make sense.”