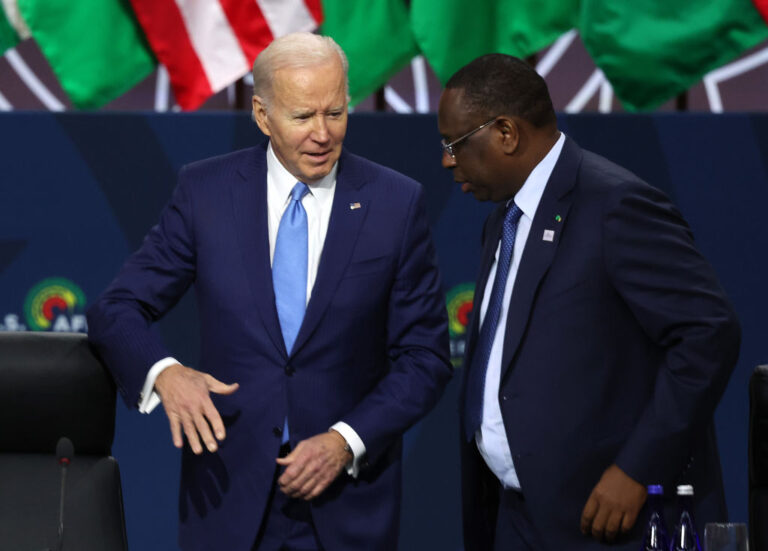 President Joe Biden apologized for the “unimaginable cruelty” of America’s “original sin” of slavery during a White House summit with African leaders this week, where at least one leader mocked America amid China’s increasing influence in the continent.

“We remember the stolen men and women and children were brought to our shores in chains,” Biden said Wednesday after promising the continent $55 billion to fight climate change and increase trade. “My nation’s original sin was that period.”

Slavery is by not unique to America and has was practiced all over the globe throughout human history, including in Africa, where there are still an estimated 9.2 million people enslaved. The apology from Biden comes as Democrats appear increasingly open to the idea of paying reparations to the descendants of African slaves, though nobody has nailed down exactly how such a system would work. A California task force ordered by the state legislature to figure out a reparations rollout cannot agree on even simple details, such as how much money would need to be distributed and who would get it.

Reparations advocates have also set their sights on the United Kingdom, where slavery was abolished in 1833. CNN commentator Don Lemon recently pressed a British guest on the issue, and was told that Africa was the beginning of the slave supply chain.

“Where was the beginning of the [slave] supply chain? That was in Africa,” the British woman told Lemon. “Which was the first nation in the world that abolished slavery? … The British. If reparations need to be paid, we need to go right back to the beginning of that supply chain and say, ‘Who was rounding up their own people and having them handcuffed in cages?'”

The first U.S.-Africa Leaders Summit in eight years comes as China reached an all-time high of $254 billion in trade with African countries in 2021. It was the 12th consecutive year China ranked as Africa’s largest trading partner.

During the summit, a reporter asked Rwandan president Paul Kagame about the outcome of the last U.S. summit under the Obama administration in 2014. “‘Well, at least we had a good meeting,” Kagame reportedly told a laughing crowd, suggesting the United States did not live up to expectations.

When asked about choosing between China and the United States, many African leaders declined to take a side.

“The fact that both countries have different levels of relations with African countries makes them equally important for Africa’s development,” Ethiopia’s U.N. ambassador  Taye Atske Selassie Amde said. Kagame added that countries don’t need “to be bullied” into “choosing between the U.S. or China.”