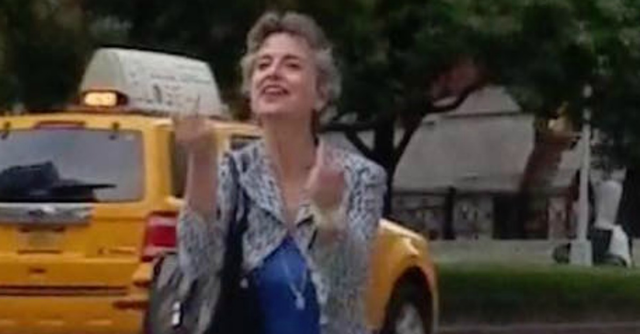 After more than a decade providing a platform for some of D.C.’s most notorious Iranian regime apologists, the Atlantic Council is disbanding its longtime Iran program in the face of mounting protests against the hardline government in Tehran.

The think tank announced this month that it is ending its Future of Iran Initiative, which advocated for closer ties between the United States and the clerical Iranian government, and parting ways with initiative director Barbara Slavin, who used her academic perch to host pro-Iran lobbyists and publish flattering commentary about regime officials.

In its place, the Atlantic Council is launching a new program called the Iran Strategy Project that includes regime critics and Iranian human rights advocates, including Alliance for Rights of All Minorities’s Marjan Keypour, who has vocally supported the uprisings in Iran. The council has also added more conservative voices to its board, including Frances Townsend, who served as a homeland security adviser to former president George W. Bush, as well as Stuart Levey, a former Treasury Department undersecretary for terrorism and financial intelligence who helped implement a range of tough sanctions on the Iranian regime. The appointment of these voices is likely to take the Atlantic Council in a different direction, one at odds with Slavin’s longstanding efforts to foster close U.S. ties with Iran’s clerical leadership.

The news signals that the women’s rights protests erupting across Iran prompted the Atlantic Council to revisit its programming after years of leading the charge to normalize U.S. relations with the regime. Slavin’s Future of Iran project served as a key cog in the Obama administration’s self-described pro-Iran “echo chamber,” which flooded the media with positive propaganda in the lead-up to the 2015 nuclear deal. Slavin also publicly feuded with anti-regime activists and was pictured in 2017 giving the middle finger to pro-democracy protesters during a demonstration in Washington, D.C. The dissolution of Slavin’s pro-regime program drew applause from Iranian regime critics, who said the Atlantic Council must turn the page on its past work as the Iranian protest movement threatens to topple the hardline regime.

“Ms. Slavin represents the very worst of apologia for Iran’s dictatorship,” said Kaveh Shahrooz, an Iranian dissident and Toronto-based senior fellow at the Macdonald-Laurier Institute. “She, and the initiative she set up at the Atlantic Council, took money from people with business interests in Iran, met and took smiling photos with the worst high-ranking regime officials, and offered policy suggestions that would give the regime a lifeline.”

“Given the events on the ground, I think the Atlantic Council was embarrassed to continue to associate with her,” Shahrooz added.

The Atlantic Council said in a statement that its decision was “driven by recent events such as the women-led Iranian social movement demanding freedom and autonomy, the near-term potential for a new supreme leader, Iran’s evolving role in the region (including its military support of Russia’s war in Ukraine), and the likely end of the Joint Comprehensive Plan of Action [Iranian nuclear deal].”

Bryan Leib, the director of Iranian Americans for Liberty, told the Washington Free Beacon that Slavin “has worked tirelessly to drum up support in America for a terrorist regime in Tehran that murders, censors, and oppresses the Iranian people.”

“She has echoed regime talking points while attending round-table discussions held by former president Rouhani and current president Raisi, a.k.a the Butcher of Tehran,” said Leib. “Good on the Atlantic Council for finally severing ties with one of the most prolific supporters of the Butcher of Tehran and the Islamic regime in Tehran.”

The Atlantic Council told the Free Beacon that Slavin’s departure and the decision to fold the Future of Iran Initiative were not related to her policy positions.

“Barbara’s dedication and record of success has been critical to advancing the council’s work on Iran over the last decade,” said an Atlantic Council spokesman. “As she departs for the Stimson Center, the council is expanding and centralizing its work on Iran to reflect the dramatic shifts underway in Tehran, the Middle East, and the world.”

Slavin told the Free Beacon that she is “very proud of the work I have done at the Atlantic Council over the past 12 years and looking forward to a new position at the Stimson Center.”

She also rejected characterizations of her views as pro-Iranian government, saying she “thoroughly condemned the Iranian regime for its brutality while continuing my work to prevent it from acquiring nuclear weapons.”

Under Slavin’s leadership, the initiative hosted events promoting closer ties between the United States and the Iranian government, advocating for the Obama administration’s nuclear deal with Iran, and featuring regime advocates such as Trita Parsi, the founder of a pro-Tehran lobbying group that helped set up meetings between members of Congress and Iran’s foreign minister.

Human rights activists have for years accused Slavin of downplaying the Iranian government’s atrocities. Slavin has said in recent years, for instance, that Iran is becoming less oppressive for women, saying that hair-covering mandates are “observed in very token fashion” and that the country is “much more liberalized now than they were before.” The Iranian protesters are demonstrating against oppressive hair-covering mandates and for increased liberalization.

Slavin also slammed the Trump administration for killing Iranian terror chief Qassem Suleimani in early 2020, calling it a “major—and incredibly risky—escalation with Iran, a pivotal country of some 80 million people,” that “will cause more instability and the loss of more innocent lives.” She also objected to the Trump administration’s decision to designate the Iranian Revolutionary Guard Corps as a terrorist organization, saying it’s “provocative to designate the entire military establishment of another country as terrorists” and “invites retaliation.”

“Is it a pre-election gift to [Israeli prime minister] Bibi [Netanyahu] or just more anti-Iran propaganda?” Slavin said at the time. “I’m frankly scratching my head over why this was done.”