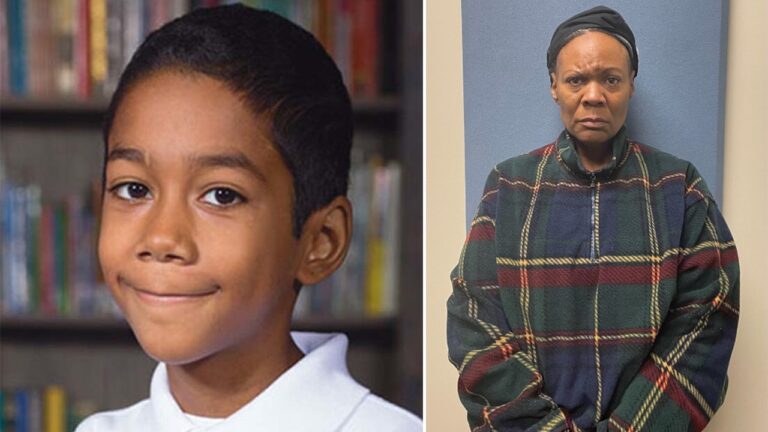 Arizona police have arrested a longtime suspect in the case of missing boy, 10-year-old Jesse Wilson, who was later found dead just a few miles from his home in a Phoenix suburb.

The boy’s adoptive mother, Crystal Wilson, 54, of Gainesville, Georgia, was arrested Monday and charged in connection with the boy’s death, the Buckeye Police Department said.

Wilson was indicted by a Maricopa County grand jury last week on one count of abandoning or concealing a dead body. She now awaits extradition back to Arizona, Fox 10 Phoenix reported.

Buckeye Police Chief Larry Hall said at a news conference Tuesday that there wasn’t enough evidence to charge the woman with homicide, but she was the main “person of interest” all along.

“We never gave up hope that justice was going to be served,” Jesse’s grandmother said at the news conference. “We’re just happy that it’s finally going to come to the end, where the person is going to be liable and will be held accountable for the things that she did.”

Jesse Wilson disappeared from his home in the early morning of July 18, 2016.

Police investigated the disappearance as a runaway because the boy’s adoptive mother, Crystal Wilson, said he suffered from “learning and developmental issues” and was taking medication for it. She had told investigators he had slipped out of his second-floor bedroom window overnight in the past.

The FBI, Buckeye police, and Maricopa County Sheriff’s Office personnel launched an intense search for the boy in the months after his disappearance. Community volunteers scoured the desert, searching for any trace of the 10-year-old boy.

Two years later, police said partial human skeletal remains were found on March 8, 2018, about six miles from the boy’s home. A subsequent investigation discovered more remains and they were identified as Wilson’s.

A report from the Maricopa County Medical Examiner’s Office ruled that Wilson died from an undetermined cause and manner.

Police said Crystal Wilson had moved a few weeks before her son’s remains were found.

The case broke after Buckeye police assigned it to a new investigator in 2020 to reexamine the facts, conduct follow-up interviews, and look for new evidence, authorities said.