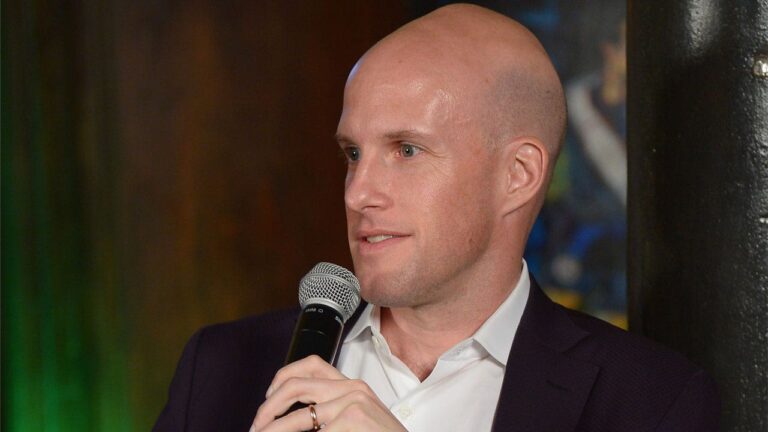 Wahl reportedly collapsed while covering the Argentina-Netherlands quarterfinal. After paramedics performed CPR for several minutes at the scene, he was taken to a hospital.

Wahl’s brother, Eric, announced his death on Instagram and made an emotional plea for help.

“I am gay. I am the reason he wore the rainbow shirt to the World Cup,” Eric Wahl said. “My brother was healthy. He told me he received death threats. I do not believe my brother just died. I believe he was killed, and I’m just begging for any help.”

Eric Wahl referenced an incident Grant Wahl faced two weeks ago while trying to enter the stadium wearing a rainbow pride shirt and was stopped by security.

“They demanded I take the shirt off. I refused. They then, right after I got a tweet off, forcibly took my cell phone and kept it for 30 minutes. I repeatedly kept asking to get it back. They wouldn’t give it to me,” Wahl told MSNBC late last month. “They made me stand in front of a CCTV camera presumably with someone on the other end of it rendering some sort of judgment, and I told them this was not good for them to be doing this. Eventually, the security commander came and allowed me to go in and keep my shirt on and it went from there. They apologized, FIFA apologized and, you know, it left me wondering about what it’s like for Qataris who are here outside of World Cups who are gay because this was something that I had to deal with at an event that was being covered globally.”

In his final post on his Substack newsletter “Fútbol,” Wahl wrote a scathing piece about Qatari officials in charge of the World Cup, telling his readers, “They just don’t care.”

“The Supreme Committee in charge of Qatar’s World Cup doesn’t care that a Filipino migrant worker died at Saudi Arabia’s training resort during the group stage. He suffered a fatal blow to the head during a fall in a forklift accident (information that was kept under wraps until being broken by The Athletic’s Adam Crafton),” Wahl wrote Thursday. “We know the Qatari Supreme Committee doesn’t care because its CEO, Nasser Al-Khater, told you all you needed to hear in an interview with the BBC that was breathtaking in its crassness.”

Wahl quoted Al-Khater, who told BBC, “We’re in the middle of a World Cup, and we have a successful World Cup. And this is something that you want to talk about right now?… I mean, death is a natural part of life, whether it’s at work, whether it’s in your sleep. Of course, a worker died. Our condolences go to his family. However, it’s strange that this is something that you wanted to focus on as your first question.”

“Fans of soccer and journalism of the highest quality know we could always count on Grant to deliver insightful and entertaining stories about our game, and its major protagonists: teams, players, coaches and the many personalities that make soccer unlike any sport,” U.S. Soccer said. “Grant made soccer his life’s work, and we are devastated that he and his brilliant writing will no longer be with us.”

Wahl began his journalism career at the Miami Herald as an intern and worked at Sports Illustrated from 1996 to 2020. He also worked for FOX Sports and CBS Sports during his career.

He leaves behind his wife, Dr. Céline Gounder.