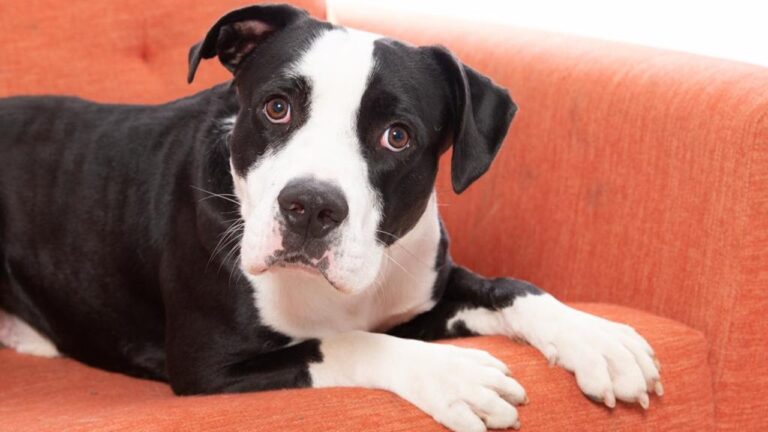 A black and white Staffie named Oreo may be the perfect holiday gift this year for the right family.

The pup came from the South LA Animal Shelter.

‘GENTLE GIANT’ WITH A ‘BIG HEART’: TUXEDO CAT NAMED AUGUSTUS GLOOP IS UP FOR ADOPTION IN UTAH

Now in the hands of Best Friends, Oreo is known as a “handsome and sweet guy” who loves getting all the attention he can.

Best Friends told Fox News Digital that Oreo is a great learner and will sit by his owner’s side as long as someone is petting him.

The shelter shared that creating a bond with Oreo is “easy,” since he’s a “smart, food-driven and training-motivated guy.”

“He loves to play with toys (even though most don’t last long) and does not mind getting dressed up in pajamas or a cozy sweater,” Best Friends said.

Oreo knows a few basic commands such as sit, down, place and stay — and he walks well on a leash.

He’s also been making progress with “dog reactivity” while on a leash and through a barrier, but will most likely need more management around other dogs.

“Oreo is also tolerant of wearing a muzzle for any instances where he may be in close proximity to other animals (like at the vet’s office),” the shelter said.

“Oreo really is the best of both worlds, both active and cuddly!”

From Dec. 9 to 11, Best Friends Animal Society is partnering with more than 650 animal shelters and rescue groups across the country to help find pets loving homes for the holidays.

Best Friends’ three previous adoption weekends resulted in over 25,000 pets finding their forever families, according to a press release.

“There’s no better way to spread holiday cheer this holiday season than to adopt or foster a shelter pet in need,” Best Friends Animal Society CEO Julie Castle said in a statement.

“By adopting a best friend, you’re giving one lucky dog or cat a home as well as creating space for another pet to be rescued.”

She added, “That means you become a lifesaver to two animals in need and there’s no better gift than that.”

Want to read about other pets up for adoption? Check out this recent article from Fox News Digital: Striking black cat found underweight, dehydrated in Utah needs a new home

Angelica Stabile is a lifestyle writer for Fox News Digital.