A Blast From The Past – GAT Daily (Guns Ammo Tactical) 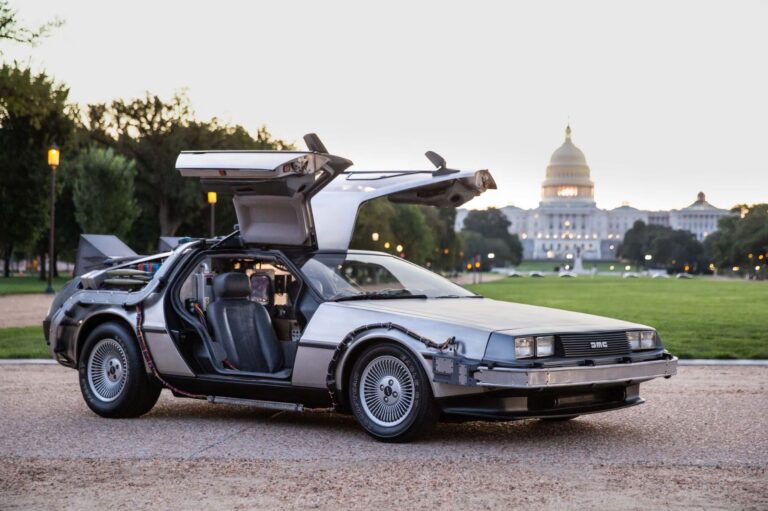 Back when I worked at the gun shop in ‘09 I drafted a post on social media that I hoped would serve as a primer that I could direct people to when they had questions about what gun to buy.

Looking at it 13 years later it’s aged pretty well, especially compared to some of my other opinions about guns and self preservation.

I wanted to share it in its entirety, with the relevant updates and adjustments.

Let me know what you think:

“Because I have received so many questions about this topic over the past year, I figured it was time to put down some guidelines. Between having been a firearms enthusiast (ok, fine, gun nut) since about 13 years old, and having worked in one of the country’s largest gun stores for the past year, I figured this gives me at least a limited amount of experience that can be shared with those I hold dear.

(1) SIMPLICITY: You want all operations of the weapon to be simple. The reason for this is that, when under stress, you will lose a lot of your fine motor skill (I’ve since learned this is not an accurate statement. For more on this seek out John Hearne’s lecture on Who Wins, Who Loses, and Why) and will not be thinking as clearly as you normally would. I have heard tell that someone experiencing an adrenaline rush is as impaired as someone who is drunk. The easier the weapon is to manipulate and operate, the less you will have to think about during that “oh shit” scenario.

NOTE: This is my main reason for disliking manual safety catches on a defensive pistol. There have been numerous instances of professionals (cops, soldiers, contractors, etc) who have drawn their side arm and attempted to fire it, only to find that they had either a) neglected to remove the safety or b) accidentally re-activated it in the process of drawing the weapon. (I don’t have any sources to substantiate this) Remember this phrase kids: SAFETIES DONT MAKE YOU SAFER. (Still true. One of my biggest issues with manual/active safeties is that it creates an artificial external locus of control in novice users. I abhor the people that insist they need a safety on a handgun “because they have kids”)

(2) RELIABILTY: I figure this one is pretty self-explanatory. The sexiest looking or most comfortable firearm on the planet ain’t gonna do you any good if it’s constantly jamming on you or won’t consistently load rounds in the first place. Some would argue that this should be the most important criterion. I disagree for this reason: If the weapon is simple, it will be easy to correct a malfunction. ANY weapon, even the most reliable will jam or misfire eventually. So if it is a more complicated system, correcting that malfunction will take more time than you may have.

(3) EASE OF MAINTENANCE: People are naturally lazy. All weapons need to be maintained. You can see this Catch 22. The easier the firearm is to maintain, and the LESS routine maintenance it requires, the better it will perform for you in the long run. Routine maintenance usually entails field stripping the weapon, removing any carbon build up and lubricating the functional parts. Sounds easy, but some folks can’t spare the 30 minutes out of their day to do it (Guns run dirty, they don’t run dry. Routine maintenance is more about replacing springs, inspecting feed lips, and making sure screws haven’t backed out/vibrated loose)

(4) PARTS AVAILABILITY AND COST: Firearms are just like any other machine. Eventually parts are going to wear out and need to be replaced. The less expensive and more readily available these parts are, the more likely it is that your weapon will be in peak operating condition. More so, if the parts are easily replaced you won’t be scared to wear them out. I know that sounds strange, but follow me here. If you train routinely with a weapon, the parts will wear faster than if it only comes out once every couple of months just to go punch paper.

NOTE: There is a huge difference between learning how to shoot a gun and learning how to fight with a gun. The level of training that it takes to become effective with a firearm for personal defense is much more involved than just going to the range once a month and shooting at a bull’s-eye. True weapons training wears out factory parts much quicker than casual sport shooting. (Kinda true, kinda not. The mechanics of shooting don’t really change between bullseye and gunfighting, and the other aspects don’t really involve live fire, so they don’t really contribute to wear on the gun. I still maintain that it’s much more involved to become a well rounded defensive practitioner, but not because the mechanics of “gunfighting” are any more strenuous on the gun than competition. Plus the high volume of ammo that serious competitors go through also disproves the original statement)

(5) AMMUNITION PREFERENCE: Firearms have a personality. Not only that, but each INDIVIDUAL firearm has its own personality. For example, you can pick up one make and model pistol, and it will have a certain predilection for a particular type of ammo. You can then pull the exact SAME make and model pistol from a different production run and find that that same ammo may cause the weapon to jam routinely. While this is a bit of an exaggeration, the point is that some weapons are more particular about the kind of ammunition you feed it than others. (Yes “feed it”. It’s an industry term). The less of a “picky eater” your firearm is, the easier it will be for you to find ammo that works and you won’t be as hesitant to shoot your stockpile of that one special brand your weapon actually likes.

If you notice, nowhere in these criteria was COMFORT ever mentioned. I am currently a student of the school of “just shoot the fuckin’ thing!” The philosophy being that, if you are truly committed to becoming an effective defensive shooter, you will put enough time behind the trigger to master whatever platform is available. ALSO these people who say that they can shoot one type of handgun but not another are FULL OF SHIT! That’s like saying “When I get behind the wheel of a Ford I’m a great driver, but in a Chevy I’m all over the road”. You can either shoot or you can’t. The skills of a true marksman transcend any differences between models of firearms. (I was way off base with this one…mostly. There is a huge difference between a pistol being “comfortable” and being “ergonomic”. You need to be able to reach all the controls, and be able to build the appropriate structural support around the grip of the gun. Some guns fit certain people better than others. Additionally, as your skill develops you also develop preferences. I, for example, seem to shoot better with a rolling trigger instead of one that breaks from a hard wall. People are wired differently, they think and process information differently, and they interpret stimuli differently. As such, it makes sense to try and tailor the tool to the user as long as you’re not just trying to buy skill)

Now, all this being said, most of my inexperienced friends are sitting here, having read this saying “Well that’s great. All this is good information, if you already know the characteristics of the guns”. Which is true? I’m not going to end this by saying that everyone needs to go out and only buy one gun that I recommend, and if they don’t then we are no longer friends. The truth is that having me select a gun for you is a lot like having me pick out your underwear. It’s just too personal of a decision for anyone to make but you. I will, however, offer some friendly suggestions. Mind you, all of these recommendations are going to be for handguns that CAN be used for home defense, but is primarily geared towards concealed carry:

GUNS WORTH LOOKING IN TO:

–Kahr 9 Series (Honestly I still like these guns, but they don’t really fit the aforementioned criteria. They’re somewhat ammo sensitive, not a lot of aftermarket support, and the recoil springs are very stiff.

–S&W Shield (I still own one, but I really feel that it’s been subplanted by the 365 series)

– Sig 320 (Jury’s out on this one. I’m hearing enough mixed reviews to remove it from my recommendations out of an abundance of caution)

– There is currently a glut of quality 9mm handguns out there, and from the major manufacturers you’ve got a higher chance of picking a good one at random than ever before.

You will note that all of these guns are 9mm. 9mm IS a good defensive caliber. You’ll hear a lot of old school guys, cops and military trash on the 9mm round because it doesn’t have enough “knock down power” or “stopping power”. Well guess what…..shot placement is far more critical than the size of your bullet. A good 9mm hollow point will generate a MASSIVE sufficient wound cavity. Also, the recoil is much more manageable than other calibers. This Hollywood concept of a “one-shot-stop” is almost entirely a myth. You are more than likely going to have to fire more than once to stop the threat, so you might as well have a weapon that doesn’t kick so hard that it takes you several seconds to get back on target. Also, you’ll be able to carry more rounds with a 9mm vs. larger calibers. I’ve never met anyone who has had to use a firearm to protect themselves say after the fact “I wish I had less ammo”.

The last suggested pistol is a small pocket gun. (I can’t find what I originally recommended in that category, I suspect it was the Ruger LCP. The P32 has become my preferred pocket pistol for reasons I’ve discussed in several videos.) That is for those who really don’t want to change ANY of their habits but still carry a gun. I call these people LAZY. I would rather adjust my daily behavior slightly and be able to carry a larger gun that will more than likely do a more effective job of helping me defend myself, but again this is all a matter of opinion. (This was written when I worked and lived entirely in the gun space, and interacted almost exclusively with gun people. I realized this mentality is a luxury of those folks that don’t have to interact with the public at large, or work/live/socialize in conditions where being armed is somewhere between unusual and unacceptable) You have to find what works for you.

All in all I hope this was helpful. Any questions can either be messaged to me directly, but I would prefer they be posted as a comment where I can reply so that everyone can benefit. Feel free to DM or email me directly on this, but obviously it’s not as applicable since it’s no longer on my Facebook wall.

I stole this from the late Dr. William Aprill. I don’t remember the exact story, but the summary is someone told him “stay safe” and his response was “if you can’t be safe, be dangerous!”

I appreciate the delineation. Being safe is a set of behaviors. Being dangerous is a set of capabilities.