Guns And Ammo Contributed a Record $300 Million to Conservation in Q1. You're Welcome, America | Republican Investor

Wildlife conservation in the United States is seeing another windfall, thanks to the firearm and ammunition industry.

The latest Firearms and Ammunition Excise Tax Collection report released by the Department of Treasury indicates that firearm and ammunition manufacturers reported tax liabilities are up 1.2 percent over the same time period reported in 2021. The report, which covers the time period of Jan. 1 through March 31, 2022, shows that $103.4 million was due in taxes for Pistols and Revolvers, $88.4 million for Firearms (other)/ Long Guns and $108.7 million for Ammunition (shells and cartridges).

This is proof, yet again, that the firearm industry is a leader in wildlife conservation. These 10 to 11 percent excise tax dollars collected since 1937 under the Pittman-Robertson Federal Aid in Wildlife Restoration Act are designated to be used by state wildlife agencies for conservation. It is one of the few taxes that is in a government “lockbox.” The excise taxes collected do not go into the general fund but are set apart for wildlife conservation purposes.

The tax is currently administered by the Alcohol and Tobacco Tax and Trade Bureau (TTB) in the Treasury Department, which turns the funds over to the U.S. Fish and Wildlife Service (USFWS). USFWS then deposits the PR revenue into a special account called the Wildlife Restoration Trust Fund, which is administered by the USFWS. These funds are made available to states and territories the year following their collection. 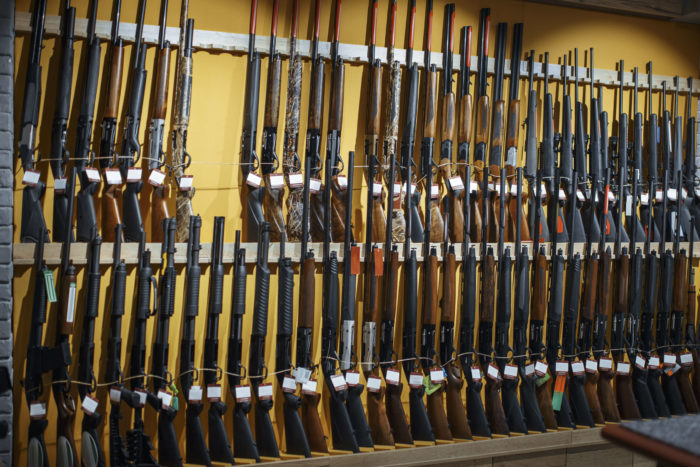 Last year, USFWS distributed over $1.5 billion to the states for wildlife conservation. Of that total, $1.1 billion was sourced from excise taxes paid by firearm and ammunition manufacturers.

Those funds are being put to good use to benefit recreational shooters, hunters and those who admire wildlife. NSSF championed the Target Practice and Marksmanship Training Support Act, which was signed into law in 2019 by President Donald Trump. That law changed the formula for states to access Pittman-Robertson funds to build new or expand and improve existing public gun ranges. The law reduced the matching down payments from states to start a project from 25 percent to just 10 percent and increased the number of years states have to finish building new or improving existing gun ranges.

For hunters and wildlife enthusiasts, the benefits are nearly everywhere. Pittman-Robertson funds make it possible for states to increase access to public lands for hunting and recreational shooting. Those funds have proven critical in sustaining the North American Model of Wildlife Conservation, which is the envy of the world. When the Pittman-Robertson excise tax was established in 1937, wildlife in the United States was in dire straits.

In the early 1990s, there were just a half a million Whitetail deer, only 41,000 Rocky Mountain elk, 100,000 wild turkeys, 12,000 pronghorn antelope and waterfowl were few in number. Today, it’s a different picture because of the conservation investments in wildlife and the habitats in which they thrive. Whitetail deer number over 32 million, over 1 million Rocky Mountain elk roam, including in states like Virginia that just opened elk hunting for the first time in nearly a century. More than 7 million wild turkeys are found across the landscape and over 1.1 million pronghorn antelope run free. Waterfowl populations exceed 44 million.

This $300.5 million paid by firearm and ammunition manufacturers is sowing the seeds for generations to come. It’s a badge of honor that these manufacturers are proud to wear. Hunters and recreational shooters support conservation when they buy their products and combined with the sale of hunting licenses, stamps and fees, makes hunters and recreational shooters the greatest contributor to wildlife conservation.

Joe Bartozzi is the President and CEO of the National Shooting Sports Foundation.

Romoser: Bruen Was the Culmination of a Decades-Long Effort by Justice Clarence Thomas